After doing a lot of research and reading reviews on a lot of different Audio Interfaces, I came to the conclusion that the Behringer U-Phoria UMC404HD is the best bang for your buck.

The great thing about this Audio Interface is that it’s excellent both for starting musicians and also experienced ones who need a simple Interface to do some home recording.

It’s got 4 ins and 4 outs via USB, MIDI I/O, zero latency monitoring capabilities, 4 inserts for external processing, Stereo/Mono Switch and it can record at a 24-bit/192kHz resolution, which is really high-quality.

It’s a very affordable Audio Interface  and honestly, with all the features it provides, it’s the best one overall when taking the price into account.

If, however, you want a step up in quality… 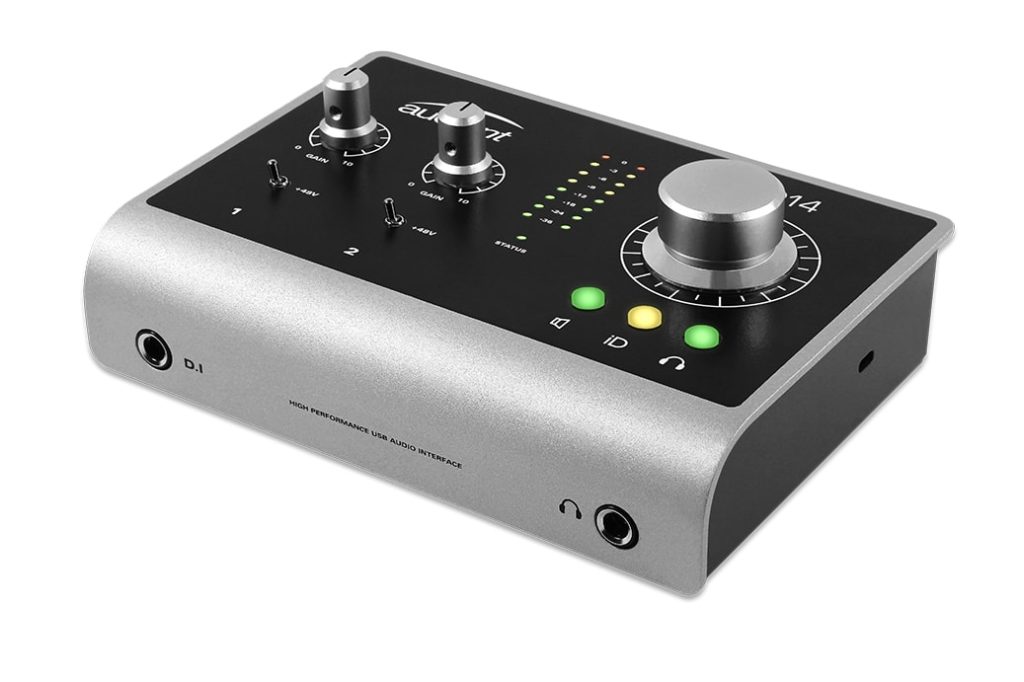 The Audient iD14  comes with the ASP8024 Class A Mic Preamp Circuit which is the same one used in the Audient consoles and it also has the Burr-Brown Converters.

The sound quality is absolutely fantastic, but it costs significantly more than the UMC404HD.

Both channels have separate phantom power switches and they can increase the gain by up to 56dB.

It comes with a great software control panel where you can show and hide different sections of the mixer and have a lot of control over what is going on!

Like i said, it only has two channels but they can be expanded through the optical input by connecting an A-D and D-A converter such as the Audient ASP800.

Or maybe you’re interested in a much more affordable A-D and D-A converter, like the Behringer ADA8200.